FORT ATKINSON, WI – Fort Community Credit Union has announced that they will be awarding $10,000 in scholarship money for the 2021-2022 school year. Five current high school seniors heading off to a 4-year university or a 2-year technical or trade school in the fall, will be selected to receive $2,000. Reflecting the mission statement of FCCU, "To help our members be in a better financial position than when we met them," the scholarship program was designed in 2018 to help their members achieve their 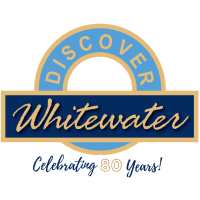 Whitewater Chamber of Commerce Celebrating 80 years of service to Whitewater with a full year of events and activities.WHITEWATER, WIS – The Whitewater Area Chamber of Commerce is happy to announce that they are celebrating their 80th Anniversary in 2022. The Chamber was incorporated in March of 1942 and is an organization dedicated to helping Whitewater Area businesses and the community thrive.  After two years of postponed, canceled, and abbreviated events and activities they are hopeful to make 2022 a 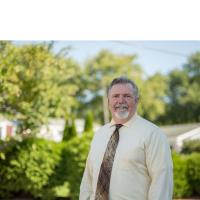 FORT ATKINSON, WI— (January 3, 2022) Rick Austin, Chief Financial Officer of Fort Community Credit Union (FCCU), will retire from his position effective January 15, 2022 after over 30 years of service to the organization. Josh Kline has been named to succeed him and has been promoted to VP Finance and Accounting.Austin joined the FCCU Board of Directors in March of 1991 and served on the board until September of 2012. Following his tenure on the Board, Austin was hired on at the credit union as the SVP 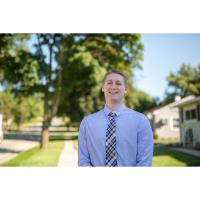 FORT ATKINSON, WI— (January 3, 2022) Fort Community Credit Union (FCCU) is pleased to announce the promotion of Josh Kline to VP Finance and Accounting. Kline, who previously served as Controller, will be succeeding Rick Austin, who is retiring after serving seven (7) years as FCCU’s Chief Financial Officer (CFO). In true cooperative spirit, Kline will seek guidance and mentorship from other credit union CFO leaders in pursuit of assuming the CFO seat. Kline will oversee all finance functions, including 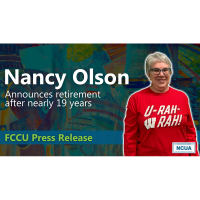 FORT ATKINSON, WI— (January 3, 2022) After being part of the FCCU Operations team for nearly 19 years, Nancy Olson has announced her retirement effective December 31, 2021. Olson joined FCCU in February 2003 as a teller at the Fort Atkinson-Main Branch. Shortly thereafter, she joined the Operations team where she has served members by performing back-office duties. Over the years she has enjoyed volunteering in the communities FCCU serves to “see members face to face.” “We appreciate the hard work and